Today, on November 11th, we celebrate the Belgian Women’s Day. ICRH considers the struggle for equality between women and men important.

Today, on November 11th, we celebrate the Belgian Women’s Day. ICRH considers the struggle for equality between women and men important. Through various research projects ICRH researchers investigate how traditional norms and attitudes about women and men, girls and boys influence the sexual and reproductive health of both sexes. If boys or men are pushed to have multiple sexual partners without using condoms and girls are socialized to please boys, this can lead to negative sexual and reproductive health outcomes such as STI’s, sexual violence and teenage pregnancy.
ICRH is involved in the Global Early Adolescent Study (GEAS), an international study, coordinated by John Hopkins Bloomberg School of Public Health and the World Health Organization and implemented by 15 research centers around the world. One of the main objectives of the study is to understand how gender norms in early adolescence predispose young people to subsequent sexual health risks and promote healthy sexuality. The consortium is in the process of developing instruments to assess sexual health and wellbeing and gender norms in early adolescence and of publishing their first results based on the qualitative research they conducted among early adolescents and their caregivers in Baltimore (USA), Cuenca (Ecuador), Edinburgh (Scotland), Ghent (Belgium) and Nairobi (Kenya).
Findings indicate that traditional gender norms about romantic relationships prevail across these cultural settings, depicting boys as romantically/sexually active and dominant, and girls as innocent with less (romantic) agency. In all countries heterosexuality was perceived to be the norm. Nevertheless, there were examples of early adolescents supporting equality between the sexes and accepting homosexuality. We plead for additional research to understand which factors - at the individual, interpersonal and structural level - contribute to the socialization of these norms among early adolescents.
For more information about the project: Kristien.Michielsen@UGent.be , SaraA.DeMeyer@UGent.be 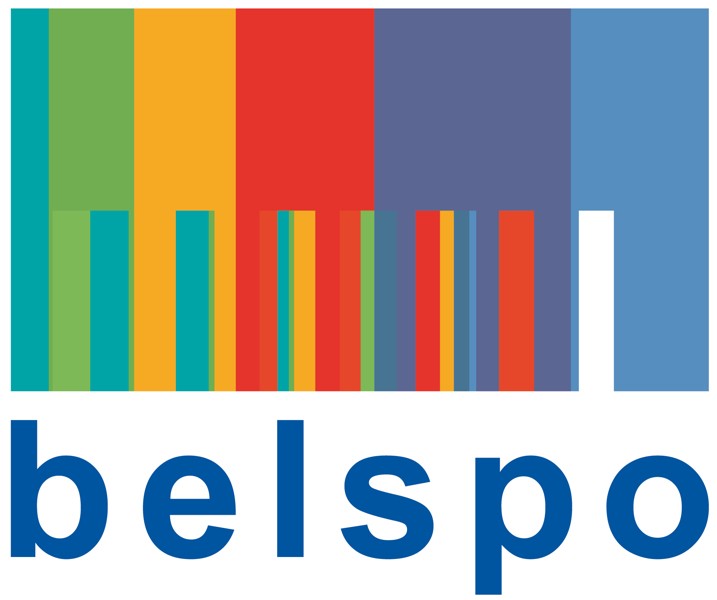 Call for participants for in-depth interviews

END_OF_DOCUMENT_TOKEN_TO_BE_REPLACED 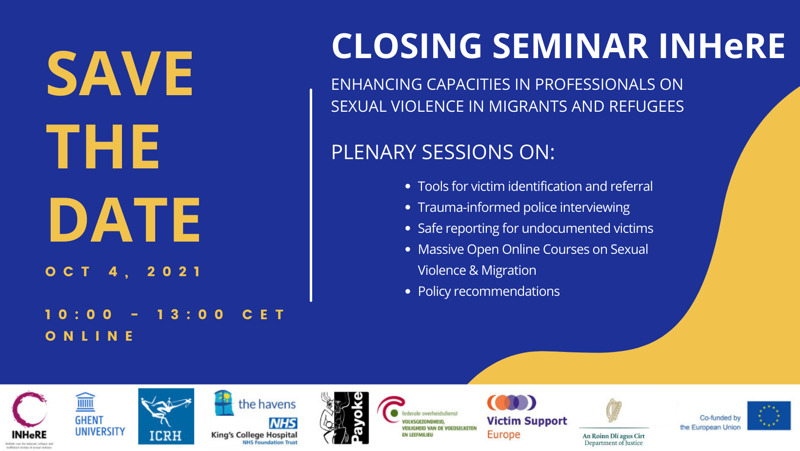 The INHeRE-consortium is thrilled to invite you to the project's virtual closing seminar, titled ‘Enhancing capacities in professionals on sexual violence in migrants and refugees’ on the 4th of October.

END_OF_DOCUMENT_TOKEN_TO_BE_REPLACED 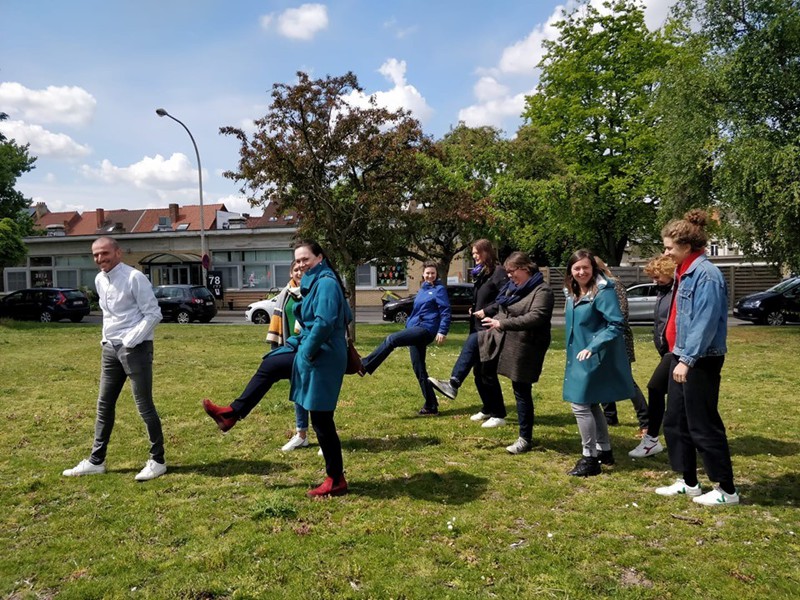 ICRH-Belgium participates in the Pink March

During the month of May the ICRH-Belgium team participates in the Pink March, which includes a 30 minutes extra walk every day, because walking can contribute to the prevention of cancer.