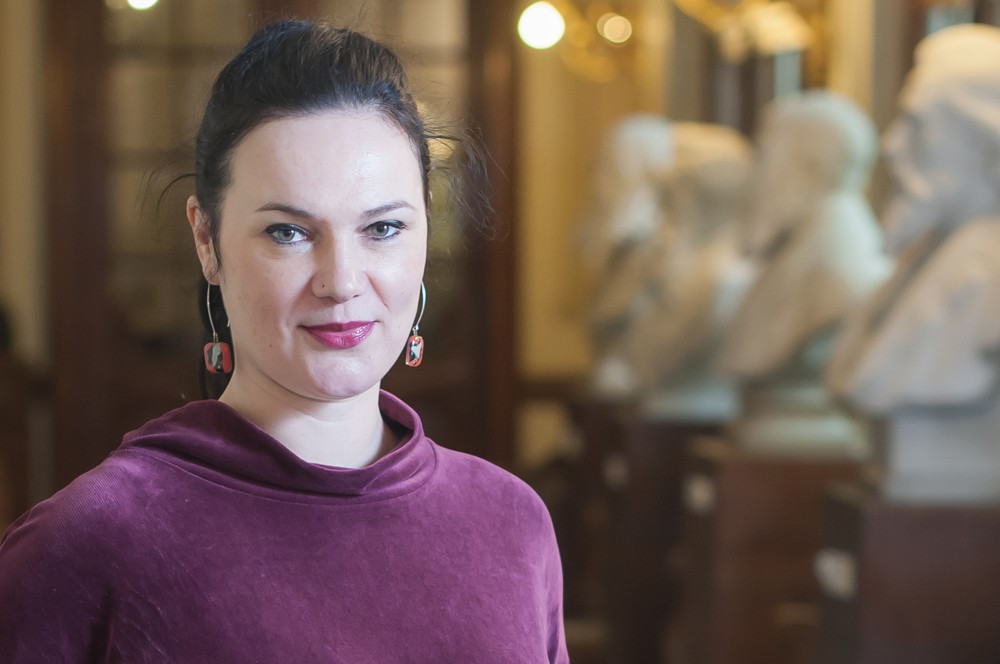 Ines is Assistant Professor in Sexual and Reproductive Health at the International Centre for Reproductive Health, Department of Public Health and Primary Care at the Ghent University. She is also the Team Leader of the "Gender & Violence" Team, focusing on violence prevention & response, sexual and reproductive health rights' violations, and on gender and sexual health promotion in vulnerable populations.

On behalf of the Belgian government, Ines developed, piloted and evaluated the first three Belgian Sexual Assault Care Centres. She also coordinates the first gender- and age-sensitive sexual violence prevalence study in Belgium (UN-MENAMAIS), as well as the thematic working group on Gender, Rights and Interpersonal Violence of the ANSER network. In addition, she is founding member of the Centre for Social Studies on Migration and Refugees (CESSMIR), member of the Commission on Sexual Violence as well as member of the Commission on Human Rights of Ghent University.

Ines is involved in different (inter)national research projects on holistic care for victims of violence, on sexual and gender-based violence prevention and response, on migrant health and acceptability of care in vulnerable groups. She developed clinical guidelines, violence prevention tools and training programs for many different settings and regularly provides consultancies for UN organisations and several governments. Furthermore, Ines is lecturing and providing day-to-day assistance and supervision to several PhD-fellows and master students. As an acknowledged expert, she is frequently asked by oral and written press to explain scientific evidence on above mentioned topics to the general public.

2022 Sexual violence in applicants for international protection : preliminary results from the UN-MENAMAIS study in Belgium

2022 Care for victims of sexual violence: evaluation of setting up sexual assault care centers in Belgium

2022 'Time does not heal all wounds' : sexual victimisation is associated with depression, anxiety, and PTSD in old age

2022 Sexual activity and physical tenderness in older adults : prevalence and associated characteristics from a Belgian study

2022 The elephant in the room : a critical interpretive synthesis of older adults’ sexuality

2022 An assessment of the proportion of LGB+ persons in the Belgian population, their identification as sexual minority, their mental health and experienced minority stress

2022 Locked up at home : a cross-sectional study into the effects of COVID-19 lockdowns on domestic violence in households with children in Belgium

2022 Sexual violence in sexual and gender minorities : preliminary results from the UN-MENAMAIS study in Belgium

2022 Vulnerabilities, consequences, and help-seeking behavior related to sexual victimization in migrants, applicants for international protection, and refugees in Europe : a critical interpretive synthesis

2022 The Implication of the First Wave of COVID-19 on Mental Health: Results from a Portuguese Sample

2022 The links of stress, substance use and socio-demographic factors with domestic violence during the Covid-19 pandemic in Portugal

2022 To ask or not to ask ? What factors were associated with a pro-active communication of general practitioners and their patients concerning domestic violence during the COVID-19-pandemic

2022 To report or not to report? Aangiftebereidheid van slachtoffers van seksueel geweld in België

Relationships, Stress and Aggression during the COVID-19 crisis in Belgium(RSA)

To contain the COVID-19 pandemic, governments worldwide restricted social and physical contact by issuing lockdown and social-distancing measures. Already  a few weeks after the first COVID-19 realted lockdown being issued in Belgium in March 2020, Prof Keygnaert (UGent-ICHR) and Prof Vandeviver (UGent-IRCP) set up a study on Relationships, Stress and Aggression (RSA) in times of COVID-19 crisis in Belgium. This longitudinal self-reporting study was stopped in July 2020 and got lots of attention as it demonstrated high levels of stress, rather unhealthy ways of coping and a lot of domestic violence occurring in Belgian households.

Access to health care for undocumented migrants in Belgium: SWOT analysis of the procedure of urgent medical aid

This project aimed at providing an in-depth analysis of the current practice of Urgent Medical Aid (UMA) for Undocumented Migrants (UM) in Belgium.

This small scale study aimed at assessing the desirability and feasibility of applying ‘sexual assault reference centres’ among the hospitals in the Province of Eastern Flanders that dispose of an emergency care unit and the possibility to conduct medical forensic activities. All 14 hospitals that match those inclusion criteria were invited to participate in the study.

This project aims to sensitize and train health workers in Belgian hospitals in addressing, assisting and referring patients in interpersonal violence situations adequately. However, due to budgetary restrictions, the different project pathways had to be altered offering only advanced trainings and protocol development coaching to hospitals already included in the project in the previous year (2010-2011).

Within the European reception facilities; asylum seekers, unaccompanied minors as well professionals reveal to be vulnerable to sexual and gender-based violence (SGBV). Yet, no specific prevention tools, codes of conduct nor standard operating procedures in prevention and response of SGBV in this sector exist.

This project aims to sensitize and train health workers in Belgian hospitals in addressing, assisting and referring patients in interpersonal violence situations adequately.

Frame of Reference in SGBV Prevention Against and Among Young Refugees, Asylum Seekers and Unaccompanied Minors in the European Reception & Asylum Sector (SENPERFORTO)

Applying a Community Based Participatory Research Approach, Senperforto aims to enhance the prevention of sexual and gender-based violence (SGBV) in the European Reception and Asylum sector by the development of a European Frame of Reference for Prevention of SGBV in this sector. In 2010 we first conducted a Knowledge, Attitude and Practice (KAP) Survey on SGBV experience, prevention and response among both professionals and young asylum seeking residents in different reception facilities in each of the 8 partner countries.

15 women acting as “network seeds” of which are: 3 undocumented migrant, 3 asylum seeking, 3 refugee, 3 migrant and 3 native women are trained on Sexual and Gender-based Violence, the importance and role of networking in prevention and taking photographs An intercultural network of at least 45 women sharing their experience with SGBV and their prevention needs An exhibition with 15 photographs covering the network of each network seed woman A world café with politicians and other stakeholders on SGBV and the prevention of it

EN-HERA! The European Network for the Promotion of Sexual and Reproductive Health & Rights of Refugees and Asylum Seekers in Europe & beyond

Development of a prevention tool to combat violence against refugees in Europe: a participatory approach

Objectives: To research sexual and gender-based violence (SGBV) against refugee women and girls in Europe in a participatory way To develop a prevention tool which can be used by refugees, asylum seekers and undocumented migrants in Europe To raise awareness about SGBV against refugees among the general European public To empower refugee women and girls and to involve men equally